I am, on some fundamental level, a homebody with a wandering heart. When I’m not learning the contours and whispered stories of a new place abroad, I’m intoxicated by the quiet joy and beauty of everyday moments at home. I am always wandering; I am always home.

This little trip to Tassie has been persistently battling its way into our lives. Like a good book that nestles itself into your hands but then has to be put down after being interrupted by some urgent call of your name over and over again, this trip has been in a constant state of planning and unplanning for the better part of the last two years.

In its first iteration, it was dreamt up as a family retreat for my family two springs ago – a time of adventure and intimacy for all six of us. In the worst of the derailings – rather than spending those weeks breathing in fresh air by the sea and breathing out the joy of being so fully known and fully loved by one another, we spent those days and nights gathered by a hospital bed as my beautiful mum’s battle with cancer reached its brutal crescendo, leaving us to press on with the exquisite pain of the absurd.

In its second life, Dickson and I imagined that we might be able to venture across the southern strait in the months that followed – those strange months where the intensity of your grief settles itself in the aching crevices of normality. We hoped for respite, for moments of self-forgetfulness suspended between that little island’s stunning ruggedness and our Creator’s loving voice. But before we could inch any closer, closed borders and lock downs told us, maybe another time.

And so, finally, in its third visit marked by the turning of summer into autumn, our little trip turned into reality, steeped in the depth of our anticipation and delight. As the world around us slowly woke up from the painful daze of a global pandemic, we found ourselves stepping off a plane onto the quiet and stunning shores of Tasmania.

With nothing between us and Antarctica except the sea, we let the island sweep us away, together.

Days were spent in contemplation, creation, wonder and peace. We stayed languorous in bed or perched by picture windows gazing out to the ocean until we felt drawn to take a bath at midday or at dusk, laying warm in the steam and exchanging words for thoughts for dreams by the fire that always seemed to be burning. We let ourselves do nothing. We wandered between rolling hills, glistening lakes and rugged mountains. We basked in the sunshine and got caught in the rain. We took dips in the ocean, played board games and everything was always funny. We ate oysters and gelato, drank tea and sipped wine. Without even trying, we made time for our life and space for our souls.

Until next time, Tassie. You were a dream. 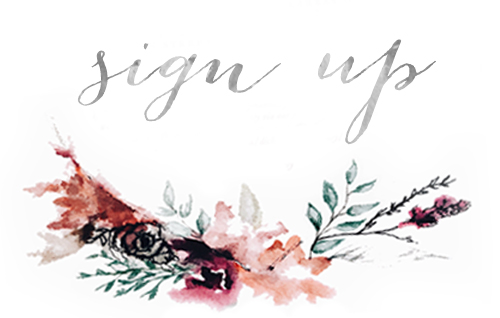 i am my mother’s daughter.
on this holy saturday — the day between good friday & resurrection sunday — my ragamuffin heart is reminded that we can live in holy uncertainty. on this eternal sabbath suspended in time, we can grieve the brokenness and the groaning in our world & we can yearn for that day when there will be no more mourning, death or pain — that day when we get to gaze into the face of Jesus, who nurses & heals even the messiest and rawest of our wounds. on this sabbath day that sits in between, we can feel it all & surrender it all, knowing that resurrection sunday is coming. happy easter, friends x
taking notice of what the light does, to everything.
sunday & all her delights. not sure if it’s summer or autumn or if it’ll begin to rain at any given moment, but we’re soaking up the sunshine whenever it peeks through (even though it illuminates how much we need to dust our mirror!) around here ✨
we’ve been off somewhere, living 🤍 soaking in so many sacred moments, travels & joys without having to share them or say something about them. life can feel so short sometimes & we don’t want to miss a single thing with each other & our village. especially each other — somehow, in this marriage of ours, we have the whole, entire world ✨
if you know my husband, you know that he’s been churning new gelato & ice cream flavours at home lately like there’s no tomorrow. while generally excellent, it means that we constantly have lonely egg whites sitting in our fridge — enter, pre-dinner meringues allll day every day ✨ sometimes i think that this can’t be good for our blood sugar levels etc, but now is not one of those times 🙈 make sure you swipe for that crunchy, chewy, cloud-like goodness!
soaking in the slow, the quiet, the light (& the utter slothery) that exists in those magical days between christmas and the new year 😌
life lately 🏡 our home is full of dust, nails and rolls of old carpet. every room is pure chaos & weird noises & we are soaking it up, overflowing with thankfulness that we get to do this. this little reno holds so much meaning for us — knowing that these walls will be the backdrop for this story that He is writing. we don’t know how it will unfold but we know that our hearts are already expanding. we can already hear new laughter from familiar voices, smell fresh sourdough rising & hear footsteps pitter-pattering. we know it’ll be messy, unglamorous & unexpected (it already has been), but we’re here for it. so hopeful & expectant.